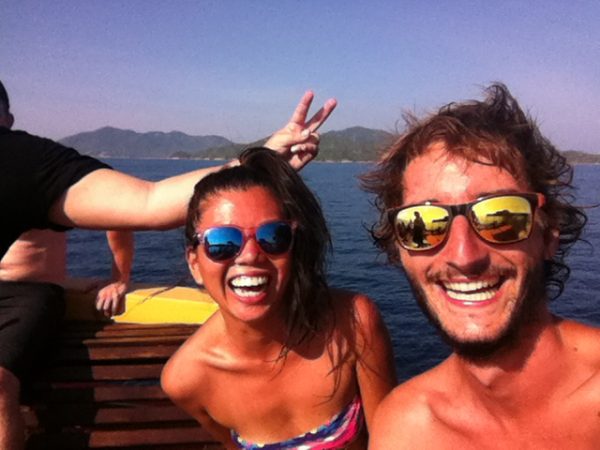 We quit our jobs and we’re traveling South-East Asia on a tight budget.

Lionel was born in Lucerne, Switzerland and has been living in Melbourne, on and off for the past nine years.

Emma was born in Melbourne after her parents, one from Hong Kong and one from Singapore, met in Australia and settled there.

And here we are!

We quit our awesome jobs in Feb 2013, as a Video Producer in the advertising industry, and a VFX post-production artist in Melbourne, who also dabbled in side projects such as this little film, Endzone, and booked a one way ticket to Asia.

It sounds a bit silly, but we both felt we were a bit too comfortable with our lives. We had great jobs, lived in a nice area, had close friends and family around us, but still felt something was missing. After a trip to Switzerland to visit Lionel’s parents Christmas 2011 (our first overseas trip together), we came back to Melbourne, and thought ‘damn, we would love to travel together again’ and that set the little idea off.

We decided to sell or store or give away everything we own in order to travel around overseas, to see/learn about the world and to gain some all-important “life experience”.  Here’s a post we later wrote on why we traveled, and why there’s no excuse to not travel!

We’ve always been pretty good savers. We tried to bring our lunches from home to work as often as we could. A big pot of soup or stew in the winter was a life saver, and tuna salads (usually literally just a can of tuna and half a head of lettuce) in the summer helped our budgeting.

We also rarely splurged on things, our main expenses were slabs of beers, clothes (just Emma actually) and lots of breakfasts and dinners out (Melbourne has an abundance of great restaurants, bars & cafes, especially in Port Melbourne where we lived).

So when we finally decided to go ahead with our trip, we stopped buying new clothes, we didn’t go out to eat and we cut back on beer (much to Lionel’s dismay). We still spent, still needed to buy beer occasionally, but cutting back made a difference. No more buying coffees every day, no more random road trips (petrol is hella’ expensive), and cooking more cheapo dinners more often; eight tasty genetically modified chicken wings from the supermarket is usually about 3 bucks!

Since December 2013, we have been living on Koh Tao, an island off Thailand working within the diving industry as Dive Masters, and dabbling in video and photography.

We also got engaged during our travels. We were naked, and diving in Thailand. You can read about the shenanigans in this post! 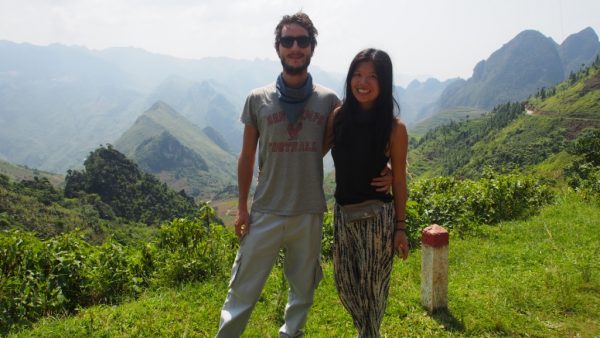 Read about why we named our blog Two Green Backpacks