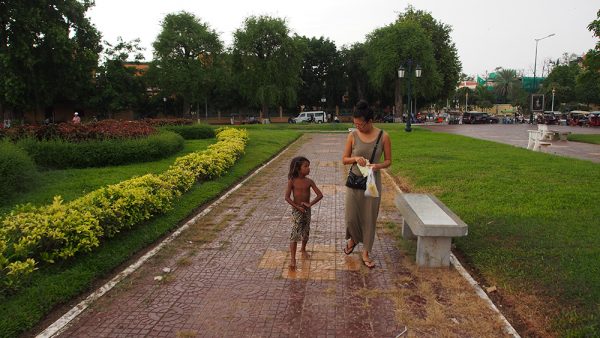 We’ve heard from quite a few people and tourist guide books that you can come to Cambodia and volunteer at orphanages for any length of time. Initially we were really excited to check this out as we both love kids and thought it would be good to do something to help the country and the lovely people.

However, we’ve now made a decision not to do this- things we didn’t really consider until we had delved a bit deeper into this, actually quite lucurative, business.

There’s a floating village near Siem Reap where lots of tourists are tricked/guilted into buying expensive (over $60 USD) bags of rice for ‘orphans.’ The trick is that the rice never makes it to the children, instead you pay for the rice, leave, and then your guide will return the rice back to the store and split the profits with the store owner. At this village, tourists are also pretty much forced to visit an orphanage, whether they want to or not – where their imaginary rice goes – to be thanked by the children and to feel warm and fuzzy.

We’ve heard that properly run orphanages or schools would not allow tourists to come in for a day or a week to just hang out with the kids under the guise of ‘teaching’ the children. Firstly, it would be unfair for the children to be taught by different strangers on a daily basis especially as there would be no set curriculum. Secondly, it’s again unfair on the children to build up a relationship with a ‘teacher’ only for the teacher to leave when they find they’ve done enough goodwill for their conscience.

Leaving the children with contact with so many different people can also be dangerous and unsafe for the children. There’s also talk of able parents leaving their children at orphanages as the kids will be used by the organization to make money off tourists, some of which goes back to the parents. The children may even be forced into actual poverty as tourists are more willing to part with their cash that way.

So we decided against volunteering at a orphanage. We don’t need to be two extra strangers to some innocent children just because we want to feel like we’ve made a difference.

There’s also a ridiculous amount of scams involving children including the one where a child carrying a baby tugs you and asks not for money, but for milk for the baby. She’ll then lead you to a supermarket where you’ll be guilted into paying for the most expensive milk. How can you say no to a child carrying a baby? Well, you just have to.

We also refuse to buy anything off children or to give them money. Though I have been guilty of giving food to two children.

We were sitting having a beer and snacking on complimentary popcorn on a street in Siem Reap when I noticed two young boys collecting plastic bottles and cans off the street and from bins. I noticed the younger boy quietly take some popcorn off the table next to us when the people left. He then shared it with the older boy. He went back to get some more off the table but noticed the waitress was starting to clear it away. He walked back to his friend, carrying this huge plastic bag full of recyclables over his small shoulder, but no popcorn. This broke my heart so I beckoned the younger boy over and gave him the rest of our popcorn. We then proceeded to ask for more popcorn for the kids, but was told to order more beer. So we did. But when the second plate of popcorn arrived the kids had disappeared. We then spent the next hour wandering the alleyways of Siem Reap determined to find the two young boys to give them this bag of popcorn. We never found them, and I was gutted. I may have cried a bit. It was just horrible to see such young kids having to ‘work’ and collect rubbish late at night, surrounded by drunks and party goers in the middle of ‘Pub St.’ I ended up handing the bag of popcorn to a small girl sitting with her family outside their shop. I think her dad may have yelled at me for giving random things to their kid.

Another time in Phnom Penh we were walking and taking in the sights. I was starving so I bought a corn cob (my favourite). A very dirty street kid then walked alongside me pointing to his mouth and my corn cob. I kept my eyes down and just focused on following Lionel, whispering ‘no, no, no’ and shaking my head to the kid. He was persistent I’ll give you that. Finally he stopped and let me walk away. Then I caught up to Lionel and said, ‘I should’ve given it to him, shouldn’t I?’ Lionel shrugged; we never know what to do in these situations. Do we want kids to become reliant on tourists giving out handouts? Do we want kids to become trustful of strangers? Won’t that just lead to their vulnerability with not so nice people? In the end, it was a hungry kid who wanted some food. I walked back towards him, he was now picking some grass, and his friend/brother came out of nowhere and started pointing to my corn cob. I wanted to give it to the first kid, so I reached over and gave it to him. Quick as a button, he took it and he and his friend ran off happy as anything to a woman sitting by the street carrying a baby. Argh.

We really don’t want to encourage this behavior of children being used to make money or sympathy. We’ve heard from locals and expats that the culture in Cambodia is for the parents to have children and then send the children off to work or beg or anything, while the parents sits back and let the money roll in.

We saw a family in Phnom Penh. Parents, two boys and a baby. They lived on the street opposite the riverfront. Everyday, during the three days we were there, we saw them there. The mother cradling her child with her hand outstretched. The two young boys sleeping on a cardboard mat. The father sitting on a bench across the road. I didn’t understand why the parents would keep having kids while in such a terrible situation. The boys would also fill up two water bottles in the filthy river and then run across the busy road back to their mother. Initially, I wasn’t sure if they lived there or not, but one night we saw the whole family sleeping on the cardboard mat, the father sitting and keeping watch over them. That was it. I couldn’t see the family anymore. After that I made the effort to avoid passing them, avoid walking on that street. Again, it was horrible to see this type of thing. Something I had never seen before. Something I didn’t want to see again. I didn’t want to think about their lives, how hard it must be. I’m sheltered, I know, and despite trying to ignore it, shit like this will still exist. I just don’t know what I can do. Or what needs to be done.

We’ve heard even more terrible stories involving children and the sex trade, especially in Sihanoukville. Some of these stories nearly made me physically ill and again, what can we do?

No matter what, the children in Cambodia are getting the raw end of the deal here. There’s a lot of homeless children, more children begging or taught to sell things (they’re very good at the small, pitiful voice asking for ‘One dollar, one dollar’).

I think the main thing here is that the more people come to this country thinking they can help by buying something off a child, or feeding a child (guilty), or ‘teaching’ a child, or in the more frightening situations, of using a child, the more the parents, the adults will keep on using them.

The children won’t go to school, they won’t get a proper education and they’ll be stuck in a vicious, self destructive cycle. And with us feeding into it, it just won’t help.

It’s a sucky situation no matter what. 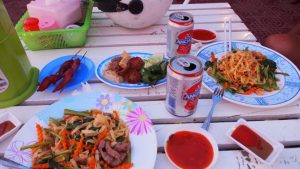 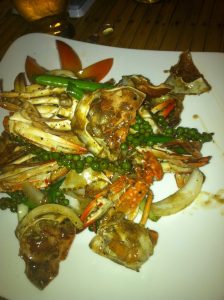 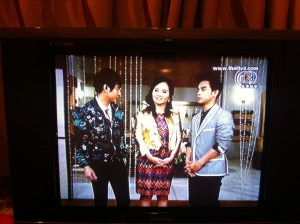