So I burst into tears at the airport, and this was just in Melbourne…

Got to the airport with my cousin, my sisters plus 1 x BF (Lionel had already caught his Jetstar flight, and Mum and Dad were due to leave the following day on Emirates). This was where the problem started – checking in.

Turns out when I had asked Emirates to cancel my Singapore to Melbourne flight a few weeks ago (when we had decided to embark on this epic adventure!), they had in fact, cancelled the whole flight (Melb to Singapore and return). I was unaware of this until I got to the check in counter, and in hindsight, I should’ve confirmed again with them that my first flight was still on. Argh.

So everyone had checked in, then I was told, quite rudely, by the guy at the Service Centre that I was not on this flight, and after a 10 minute spiel about ‘terms and conditions’, he said smugly ‘Anyway, to make matters worse, I can’t even get you on this flight, it’s booked out! Ha!’ (I don’t think he said ‘Ha’ but at this point, I was raging and quite upset). So I turned away from him, walked behind a large illuminated sign, away from my family, and burst into tears. Sad, angry, cry baby tears. I couldn’t believe this was the ‘first leg’ of the adventure and I had failed in even buying a plane ticket!

The Emirates service guy also had said he wouldn’t let me onto the plane without a return flight as he claimed Singapore would kick me out if I couldn’t show an outbound journey and that Emirates would be hit with a US $15,000 fine and he ‘just couldn’t risk it.’

So in my haste to join the rest of the family on the trip to Singapore (to surprise Dad for his 60th birthday- something we’ve been planning for close to a year), and to fly on that day (instead of taking the next flight with Mum & Dad, thus ruining the surprise), my sisters, cousin, and I quickly jumped onto the internet (free wi-fi at Melbourne Airport!), and looked up flights. Nothing was going to Singapore for the next few hours, there was one Virgin flight at midnight – it was about 4pm at this stage, but not much else. Finally, we decided to look up the Emirates flight that my family was taking (the one that the service guy claimed was booked out) and lo, and behold, I was able to book it! As he had also said he wouldn’t let me on without a return flight, I quickly bought a return flight – a total of $1,000 to secure a seat on the plane. Naively thinking I could get a refund on the Singapore to Melbourne flight that I knew I wasn’t going to use. FYI – I couldn’t get a refund.

So I finally got on the plane, thinking I had beaten the Service Guy at his own game, when I realised he had trolled me to the end. He was the one who chose my seat, feigning relief that I was able to get on the plane, but, little did I know, he had placed me in between two mothers and their screaming babies (nine and 15 months). Well played, Emirates Service Guy. You succeeded in getting me covered in formula milk, getting my food and drink kicked from my table, and not letting me sleep throughout the whole flight. Well played, I applaud you. And I spent money on a flight I don’t need.

So in the end, $1,300* for one economy flight to Singapore. Pretty damn expensive. 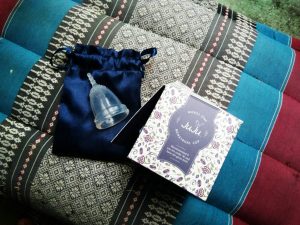 The Essential Item to Pack for Backpacking SE Asia 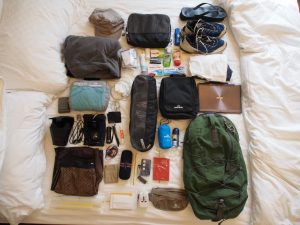 In The Two Green Backpacks – What Did We Pack to Travel SE Asia?