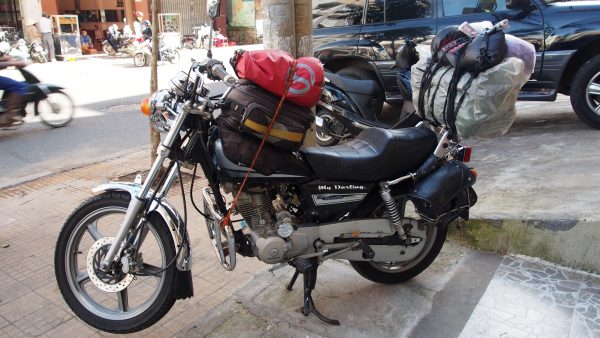 As we have both been sick as of late, we’ve ended up already spending ten days of our 30 day visa and feel we have barely ‘done anything’ in Vietnam. It’s actually been a lot of hotel rooms, hotel bathrooms, Discovery Channel, and Nat Geo.

So we’ve decided to skip Nha Trang as we’ve heard it’s mostly a beach resort (we’re beached out at the moment), with sub-par diving, and stories of being a party town (too poor for that shiz at the moment).

We are now heading to Hoi An from Dalat but instead of the horrendous sounding journey (5 hrs bus to Nha Trang, then 12 hours on the bus or train to Hoi An), we’ve gone with the more leisurely sounding six day motorbike ride via the Central Highlands.

Yep, a six day tour of the mountainside from South to North.

Lionel will be riding one bike, while an Easy Rider tour guide will ride another with yours truly strapped on the back!

We’ve heard a lot about Easy Riders in Vietnam, supposedly originated from Dalat. Our French friends that we met in Malaysia raved about them, and after a lot of research online we were very interested. Except for the cost. We didn’t like that one bit. It was most definitely going to go over our budget – which wasn’t that modest for SE Asia anyway.

But we went with the Dalat Easy Riders at 70 Phan Dinh Phung. They seemed nice enough and quoted us a price of $75 per person, per day to have two bikes and two guides. After suggesting that Lionel might be able to ride his own bike, we were quoted $110 per day. This covers the two bikes, one guide, accommodation and petrol.

Considering the possible experience we’re getting, we think it might be a good deal? We certainly wouldn’t feel confident enough to ride through the highlands without a guide or feel safe for being on the road especially with only a few days of experience of riding under our belt!

Note- there are about a billion Easy Rider offices in Dalat, all claiming to be the original team. We wanted the official Easy Riders – apparently they have strict membership rules and aren’t traffic cowboys – but at the same time I reckon if you’re comfortable with your guide and trust him, then that’s your Easy Rider. We still can’t be sure we have the official Easy Rider, but he has a cool jacket, so that’s a good sign, right?

Whether we have Internet or not over the next 6 days, we can definitely be sure we won’t be blogging too much. We’ll be very careful, won’t ride too fast and will write more when we get to Hoi An! 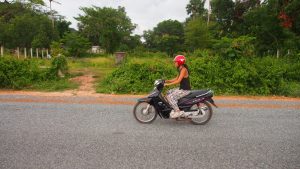 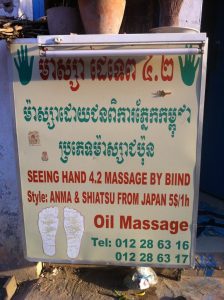