Once we had immigrated into Malaysia, we tried to find the local bus terminal that would take us closer to our guest house. We walked past the immigration desks and avoided the JB Sentral sign as we thought this was the train station and continued to the bus terminal downstairs. This however is a coach terminal where most buses were labelled to return back to Singapore or other cities in Malaysia. Back up we went, now following the general flow of people, except they were heading to Woodlands to cross the border back into Singapore. This is not right either. We asked a security guard who told us to go to the same place we had originally gone, also wrong. Then we figured it must be the JB Sentral sign, which leads over a walking passage. Another sign for buses, however we couldn’t see any there. Another security guard and question later, we walked deeper into JB Sentral, which is now shaping into more of a shopping center. Finally we see a whole row of buses and a bunch of guys out the front yelling. This is it.

After withdrawing some RM at about AU$0.32 and purchasing a water, we asked a visitor information desk. English and friendliness is in shorter supply here. We were able to make out that we need to go through the shopping center to the other side. Finally after deciding against eating KFC, we find a whole row of buses simply parked on the main street. We walk up and down until Emma spots Tampoi written on a bus. We show the yelling guy out the front the place we need to get to on the map and it is hard to know if he really understands. He seems more concerned with lighting his cigarette and making another RM4 bus fare to fill the bus so it can depart, than to make sure we get to where we need.

After he repeats Tampoi a few times, we believe him and pay our RM2 fares without an exchange for a ticket and get on. After a while the bus leaves and we follow its route on the map. We have directions which state where we need to press the button. Not long after we reach this point and I press the bell, which is super loud and right at the source rather than in the driver’s cabin. We get off the bus.

This place looks pretty deserted, a food center behind us and a whole bunch of people staring. The “taxi rank” has a few people waiting. I ask the first taxi that arrives, but he wants to go to JB, so he drives off. Then a few others get on. Eventually we get a taxi. The driver seems nice enough, however I don’t think he can read and definitely speaks no English. I show him the address, but he’s a bit confused. We both keep repeating the address to him, and he repeats parts of it back to us as we cruise around the neighbourhood. I am now getting a bit pissed off as this guy has no idea where he is going. Emma keeps her cool though. Eventually Emma spots a sign, then we see another sign and manage to direct him to our guest house. A fare that should cost RM5 is now RM13.80 on the meter. Emma gives him RM10 and we leave the cab.

Now we proceed to self-check-in at our guest house, called Goodies. We have the deluxe room RM80 with private bathroom. We still haven’t eaten and don’t want to journey back to the city, so we find some 2 minute noodles and place a few RM in the honest jar. After the stove does not work, we decide to walk to the local shops, where there is one convenience store and one restaurant. We have dinner here. RM13 for the two of us including drinks. The food was simple, but quite tasty.

Now we are back at the room and I did a mammoth blog catch-up session. 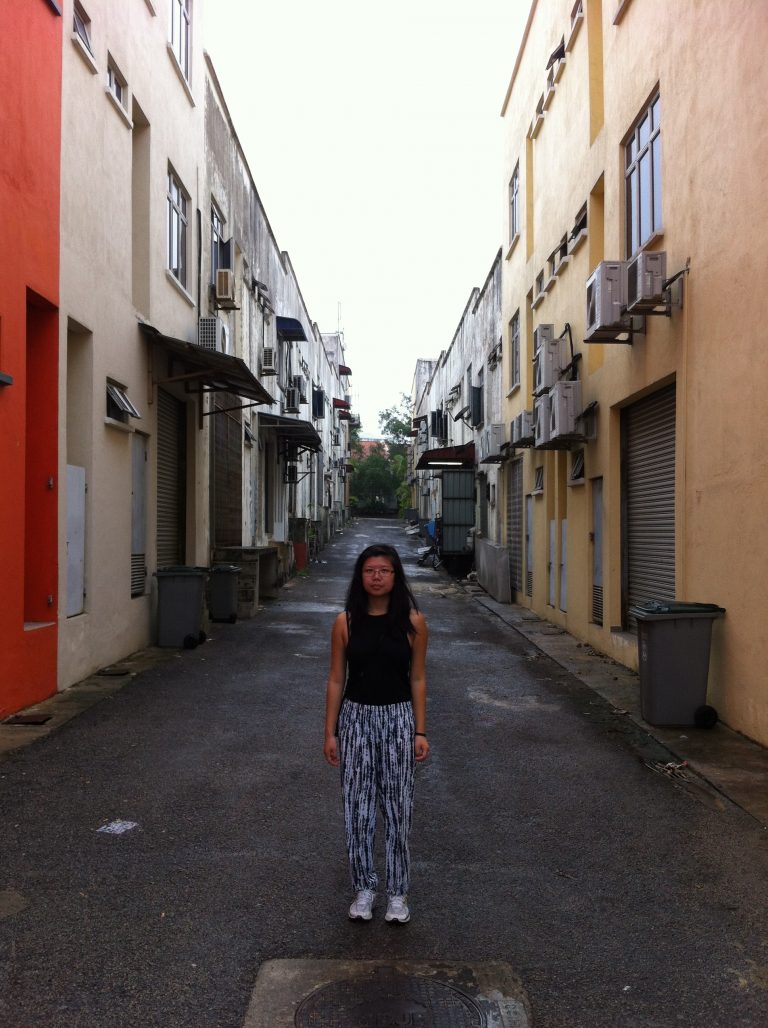 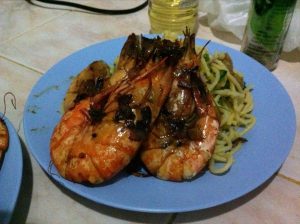 Wok to Cook in a Wok – Cooking Dinner On An Island 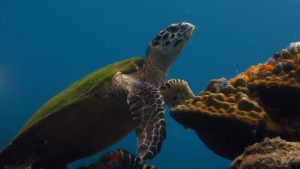 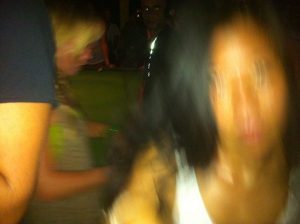