I’m not paid by National Geographic, so don’t expect a comprehensive guide which you can use to plan your next 6 week holiday in Malaysia. These are merely my thoughts based on my experiences here in Malaysia.

While there are many attractions and landmarks to see in Malaysia, most of these attract more local tourism than international travellers. Some of the better ones we saw were Kek Lok Si temple in Georgetown, Batu Caves in Kuala Lumpur and St. Paul’s Church in Melaka.

Snorkeling on the Perhentian islands and riding all around Penang on a motor bike.

While the Cameron Highlands are nice, I don’t think they are a must stop in Malaysia. There is no need, whatsoever, to go to Johor Bahru.

You will meet extremely rude people, extremely nice people, people that speak no English and people that speak better English than yourself. The further out you go and in remote towns people seem friendlier, some will surprise you and chat to you asking where you’re from and offer help. We even hitch hiked once while travelling with friends.

Finding guest houses and hostels is fairly easy in most places. Most of them have wifi and some include breakfast. Not all of them will provide towels and toilet paper. We paid between RM40 to RM90 for private rooms, sometimes with shared bathroom, so not as cheap as one might expect.

Although Malaysia is “known” for its food, we had a hard time to find really amazing, fresh and authentic food. Portions are relatively small and we only ate really spicy once, the Penang Laksa. The best food we had in Malaysia was at a local buffet in the middle of nowhere in Penang. A lot of foods are fried or cooked and then left to serve. Food is cheap however and you can find a meal for as low as RM3. Also keep in mind that food courts and hawker style centers shut early in Malaysia.

If you like drinking, don’t go to Malaysia. It is a Muslim country and beer is not cheap and some places won’t allow it. The cheapest was in Tanah Rata where we bought a 500ml Heineken can from the shop for RM6.80. We felt very guilty and had to hide it as we drank it on a bench outside.

It is not always easy to travel Malaysia. We did the majority by bus. It is a good idea to get your tickets the day before and don’t assume “Sentral” station is in the center of where you want to go. Arrival and departure terminals are sometimes at different places and not all bus companies go to the same destinations and charge the same price. If you have an idea for a connecting leg, make sure the bus takes you where you can continue your leg. Most expensive leg was the speedboat from Kuala Besut to Palau Perhentian Kecil at RM70 return per person.

We felt safe during our whole trip in Malaysia. You will be warned of bag-snatchers on motorbikes, so caution is advised. Avoid bus scams by going to the counters to buy your tickets. Taxis will mostly try to overcharge, especially from bus stations and in Kuala Lumpur. 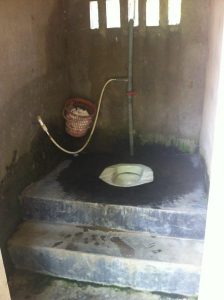 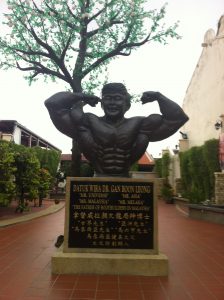