Edit: Below is my personal Norwegian Air flight review. However, this edit from my most recent experience. We flew for a 3rd time with Norwegian Air, and while the flight itself was flawless (except for one rude-ish flight attendant), we did not receive our suitcases for 3 days. It did not make it from Gatwick-London to Singapore. Now, that’s fine, and I get it might happen. But we were advised by the lost baggage office in Singapore that we could potentially claim for the items we had to purchase in the 3 days we didn’t have our bags. Imagine leaving London in freezing cold with winter clothes, and arriving in hot, humid Asia with nothing else.

So we got the essentials; shampoo (that we doubled as body soap), shorts, flip-flops, one extra t-shirt, thinking that we would be compensated. We also had to get a taxi to and back from the airport to pick up our luggage 3 days later. After presenting our receipts, and filling in the appropriate paperwork to be reimbursed, Norwegian Air claimed no responsibility and denied our claim. Not cool. Super unhappy about it actually. So, while the below review is positive about the experience of flying with them, just be aware that they are still a budget airline that may not have a focus on customer service.

Just wanted to quickly jot down a couple of thoughts on our last flight, in case anyone was wondering about booking and flying with Norwegian Air from Asia to Europe!

It was freaking awesome, no joke. We were super impressed by our first flight with them from Bangkok, Thailand, direct to Stockholm in Sweden, even though it was a pretty hefty 12 hour flight!

Previously, when we lived in Australia and flew to Europe to see our families, we would usually fly with Emirates, Etihad, or Singapore Airlines, the fancy airlines, where you could get free-flow alcohol, and sleeping masks etc. Then when we were backpacking around SE Asia, we never took flights, since we opted for buses, and trains. Then we were were settled on Koh Tao and flew to Bali, or Kolkata, for short holidays, we would go with the budget airlines like Air Asia; no food, no water, no blankets! These flights were fine for short trips, but what about long-haul flights?

Our friends had previously flown with them and claimed they were a budget but nice airline. So now being kinda poor backpackers/scuba instructors, we need to fly long haul to visit our families (who are scattered across the world, THANKS guys!! :P) so we decided to give Norwegian Air a go.

Firstly, the cost. Super cheap. Crazy cheap for the Low Fare ticket; non-flexible, only carry on bag. However, since we were now hauling two massive suitcases full of winter and summer clothing, and various scuba diving equipment, we had to go for the next ticket up, the Low Fare+ (plus) which brought the cost up. It wasn’t too much extra, and still less than a standard Emirates flight, so we went with it. This option was non-flexible, but allowed up to 20Kgs of checked in luggage, seat selection, and a meal.

Ok, so we went expecting much for this low cost flight, but damn, we were impressed straight away. The seats are small (but for my tiny little legs, all seats are actually pretty good for me…heheh), and we had chosen the window and middle seats online. Luckily for us, a tiny older Swedish woman sat next to us, we say lucky, because when we looked down the same row, every other person in our row was a huge Viking type guy, with massive shoulders. Win for us!

Then we were impressed by the fancy, schmancy windows. Now granted, we haven’t flown much recently, so we don’t know if this is a new standard thing, but these Dreamliner planes had this weird, light shade thing instead of the pull up, pull down, shutter. You press this little button under your window and you can choose how shaded you wanted the window, great for sleeping or if the sun’s blinding you. The cool thing about this shade is you still could still see out of the window, it was just shaded. Super cool.

The entertainment system was pretty top-notch too. We weren’t sure if there would be a personal system since Norwegian Air is known to be a budget airline, so we came prepared with episodes of television shows downloaded off Netflix onto our phones and laptops. I also made sure my kindle was charged up, just in case.

Didn’t need to worry it seemed, since there were HOURS of movies and tv shows on the screen in-front of us. There was even a USB-charger under it and we saw our sweet, old, Swedish neighbour charge up her iphone before we even took flight. This is how behind the times we are. We couldn’t believe there were personal chargers!! The movie selection was pretty decent too, and we watched some movies we were keen to see but never had the chance on Koh Tao.

Three Billboards outside Epping, Missouri – freaking awesome movie. Shot well, storyline was interesting, and great script. Reminded me of the original Fargo movie, which is one of my favourites, and of course Frances McDormand’s in it, and she’s always cool.

Murder on the Orient Express – been meaning to watch this cos I love whodunit movies, especially set in old times. It always reminds me of a live action Cluedo game. Who killed who, with the candlestick? However, after about 20 minutes, I kinda feel asleep. It was after some food, and I got a bit schleepy. Lionel finished the movie, and really enjoyed it though.

Blade Runner 2049 – would you believe it if I told you Lionel is actually the bigger Ryan Gosling fan out of the two of us? Well, it’s true. Anyway, been meaning to watch this too as I love sci-fi, especially old school ones, like the original Blade Runner, The Fifth Element, Terminator, Total Recall etc. Really enjoyed this movie too, except that it was a bit too long, and Jared Leto always acts like Jared Leto in movies.

Ok, the biggest impressive thing about the flight however, was the food. Again, we wouldn’t normally get food on a flight as we usually go no-frills, cheapest ticket, etc. But as we had the Low Fare +, we got a meal included. We weren’t sure when the meal would be served, so the night before, we made a full on, huge-arse, ham + avocado baguette and wrapped it up to eat on the flight. We got peckish LITERALLY AS SOON THE SEATBELT SIGN WENT OFF, so we devoured our baguettes. Then 5 minutes later, our included meal was served. Oooof.

We went for chicken and mash, and this was pretty decent (I mean when is mashed potatoes not good?), though the chicken was like a chicken patty, rather than actual chicken pieces. The meal also came with a fruit salad, and a cake-y dessert, and a coffee or tea. We also got to choose an alcoholic beverage, and even though it was 10am in Thailand when we got served, it was 5pm somewhere in the world, so we opted for a white wine and beer. Score!

Near the end of the flight, we got hungry again. However, I was pretty sure the ticket only said one meal was included, so I was tempted to use the entertainment system to order some snacks (where we just swipe your credit card once and it’s charged – super easy system). But just before I was going to commit to 10 euros worth of chips, another meal was served! Whaaaaat? Queeee? This time it was just a little one, a ham sandwich and a juice, but this was more than sufficient. Again, I was just happy to get ‘free’ (in my mind) food!

The cabin crew were okay too. Not overly grumpy like on Qantas (sorry guys, but they usually are), or overly nice like on Singapore Airlines (they’re only being nice cos we pay so much I guess), but they were pleasant and not rude. I took my empty water bottle to the back of the plane to speak to a cabin crew about refilling my bottle up and they were super nice about it (even though I accidentally interrupted them during their meal – soz guys!).

Another cool thing was that even though our flight was supposed to be 12 hours, it was actually reduced to 10.5 hours, so we got to our destination earlier. I don’t know if it’s the tail wind, or the way the globe is, or because we flew a certain direction or whatever, but a quicker flight is always better than a delayed flight!

All in all, super impressed with this budget airline for long flights. We even booked another flight with them, Stockholm to Amsterdam for next week, so we’ll see if they are consistently awesome or if this was just a fluke. Either way, I would highly recommend them as of now, and I swear they didn’t pay me to say this, but if they want to give me free flights, I’d totally be down for it! Haha. 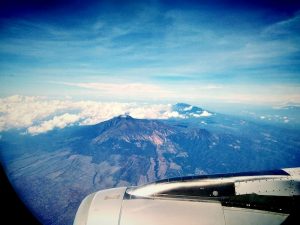 Tips for a Long Haul Flight; What To Take, and What To Do! 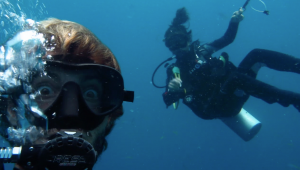 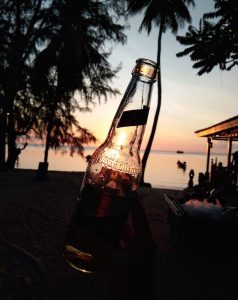