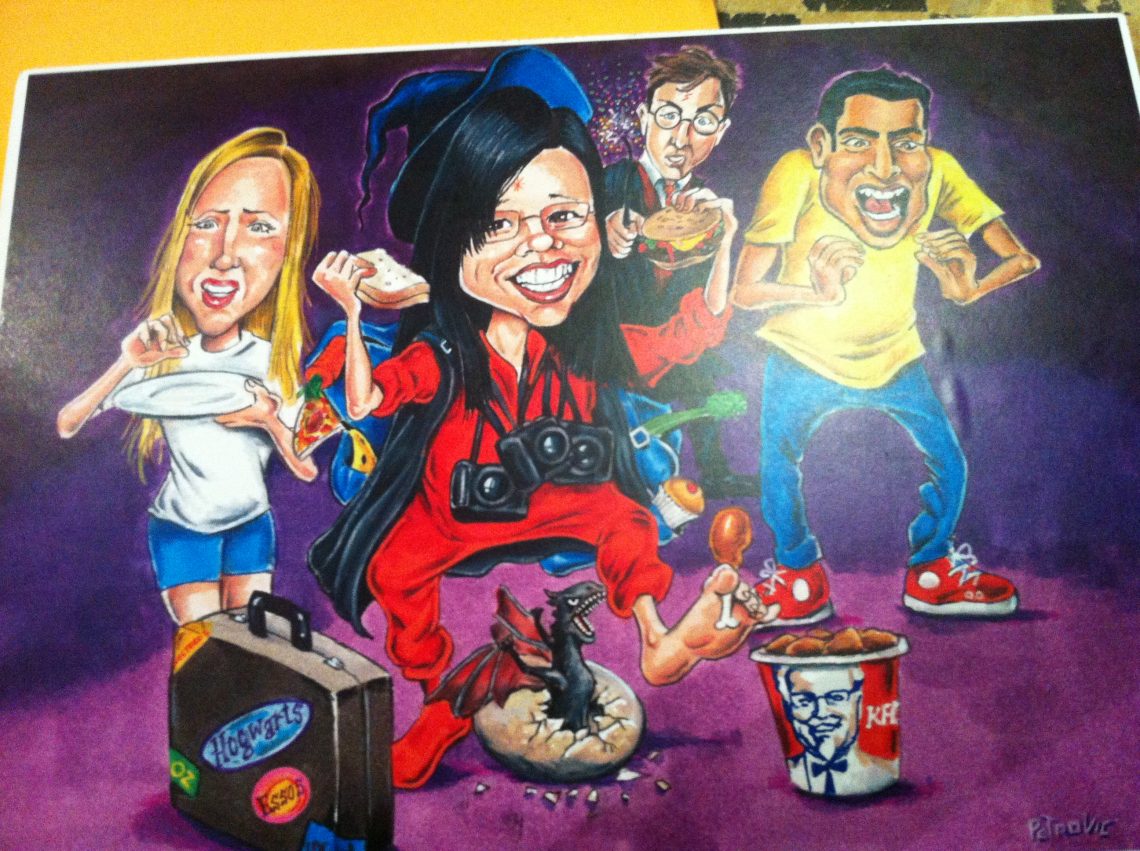 Pretty hectic week so far.  I’ve finished up my job on Friday, where i was presented with a lovely going away card – complete with an illustration of yours truly with a bucket of KFC at her feet and Harry Potter poking around in the distance (that’s all you really need to know about me, I love eating food; in particular, the dirty bird that is KFC, and I love reading/living Harry Potter!).

As we need to be out of the apartment in a few days, we’ve been furiously packing, sorting, and throwing out things in between curling up on the floor in a fetal position moaning that this is the hardest thing in the world to do; ‘cos it’s so boringggggg.  Actually, come to think about it, it’s just me doing this, bemoaning that life is so hard because I have to deal with my material objects in order to go on a glorified backpacking trip.  Damn.

Anyway, I read an article on The Age during my lunchbreak a few weeks ago (while i was still making money, glorious, beautiful money) and found one about travel doctors and it was then that I first considered that we might need vaccinations or medicine for traveling overseas.  Lionel promptly booked an appointment for us (firstly on a Saturday morning, until i explained to him, that no, the day before will be my last day at work and therefore I will be in absolutely no position to see or listen to a doctor the morning after), so off we trotted to The Travel Doctor on Little Bourke St first thing Monday morning.

It wasn’t a traditional doctor’s office in that you could see everyone was fairly excited to see the doctor rather than dreading it – there were late teens with their parents (clearly about to go on a Gap Year type trip), there were older, experienced travellers complete with the zippeable cargo pants, hiking sandals and torn backpacks, and then there was us.

We saw a doctor who bombarded us with questions such as ‘where are we going?’ ‘for how long?’ and ‘when?’  All quite reasonable questions to ask, but not for us when we haven’t actually decided where or when we’re going to each place.  All we know for now is that we’re heading to that region in the next two weeks….

Anyway, she gave us great advice and then would suggest vaccinations that we should take; not forcing us, but merely ‘suggesting in her professional opinion‘.  It started adding up and before we knew it, we had agreed to a magnitude of injections (but she still hadn’t told us the total cost of everything).  We did balk at one particular injection that cost $270 however.  Though she did say it wasn’t necessary if we weren’t planning on spending long periods of time in rice paddies or pig farms…

So I walked out with three injections and ended up getting a blood test (my first ever!) to see what blood type I am and also to see what other immunisations I had as a kid.  Lionel stumbled out (he’s not great with injections) with four needles to his name, and we both ended up purchasing high altitude tablets!  We also promised to come back the following week once we had decided how long we would be staying in rabie(s) infected areas in order to work out whether it would be more cost effective to take the tablet that cost $7 a tablet (but you only need to take it every day you’re in the area, and then two days after you’ve left) or the $1 tablet (that you need to take everyday you’re in the area, and then each day for the next FOUR weeks)!

Oh, such hard decisions!  And that was just a Monday!

Then on Wednesday (my birthday funnily enough), we went to the dentist who, as he was going through each tooth, proceeded to tell me that I didn’t have a single filling and that he thought it was amazing and well done, and aren’t you special.  I then told him and the nurses, that I had lots of fillings as a child in my baby teeth and that I had learnt my lesson (it went down well, there were laughs and chuckles)!  But then he pulled.  The dentist used a little sickle and pulled from a little hole in my tooth, and then muttered, ‘uh oh, you’ve got a hole here.’  That’s never a good thing to hear, especially not when you’ve left your job, and you’re saving every dollar for the trip of a lifetime.  But I got it filled; better to have it filled here than to wake up with a tooth ache in the middle of Nepal, and $450 later, I left with a filling in my tooth, a clean, minty but numb mouth and a hole in my pocket.

Turns out my family’s insurance didn’t cover me when I turned 25 (on that day!) so I can’t claim anything back.

Moral of the story – go to a doctor and dentist and get everything checked out before you leave, but do be prepared to pay an arm and a leg for it.  But not literally, which is why you go to the doctor’s so that chances are you WON’T lose an arm or a leg overseas. 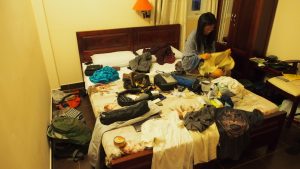 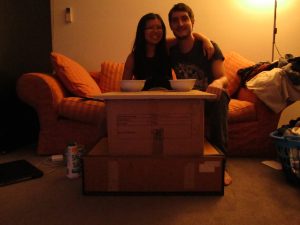