After a nice dive the other day, we were told that we might as well do our 800 metre snorkel swim test, and our 15 minute treading water (2 minutes with hands and elbows out of the water). I was freaking out, as I wasn’t mentally or physically (would I ever be?) prepared.

We jumped into the water with our mask, snorkel and fins and were told to swim four laps back and forth to a buoy line. I watched as Lionel led the pack and I was determined to keep up with the boys (I’m the only female in a group of six new DMTs). I focused squarely on Lionel’s fins but before long he had disappeared, swimming way ahead of me. I then concentrated on Andre’s fins, and kept pace with him for a while. As I was following his fins I didn’t have to use my compass to keep a straight line. After a while Paul passed me too. I was exhausted by this stage and as I got to the buoy line, Lionel was returning. He signaled, ‘OK?’ to me underwater, and I wiggled my hand to say, ‘Problem’ because my legs were tired. Lionel’s eyes went wide in anger and he signaled ‘OK?’ again, but this time as if he was saying, ‘YOU ARE OK! I KNOW YOU ARE OK!!! DON’T SAY YOU’RE NOT OK!’ I finally relented and signaled ok, and kept swimming.

As I was swimming my last lap, I lost sight of the other guys so I had to keep bopping my head out of the water to make sure I was still swimming towards the boat, I looked down to my compass, and suddenly a huge arse Crocodile Needlefish swam past me, just under the surface. It was at least 5 metres long, and soooo cool to see. I wanted to keep on watching it but I knew I was on the homestretch and I kept my head down, fins kicking, until I got to the boat. My time was 20 minutes!! This gives me 2 points out of a possible 5. I’m just amazed I actually finished it without giving up! Lionel got the best time of the group at 18 minutes, so I wasn’t too far behind him. We did alright considering there was a strong current, and we figured we actually swam about 1,200 metres!

I am tempted to give it another shot though as I would like the full 5 points, and it wasn’t as bad as I expected. It was tiring and during the second lap I thought I would give up, but considering my little legs were sore and tired, they still kept on kicking! I think this was mainly because I didn’t want to be the only one to give up (especially being the only girl!), and have to redo it another day without the others.

The tread was fine too, except for the water being very cold. Keeping the hands and elbows out was also a lot easier than expected!

Now I just need to complete the 400 metre swim (no fins, no mask, no snorkel) in 12 minutes… I know I’m going to struggle. 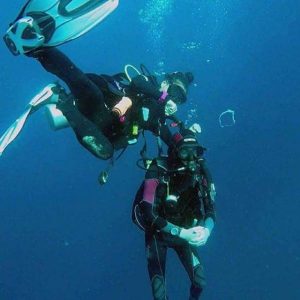 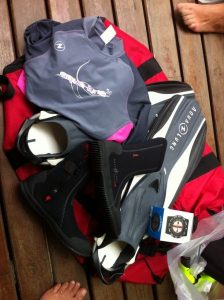 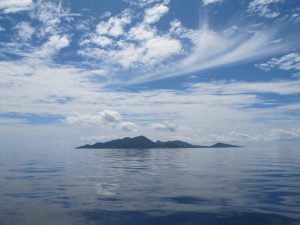