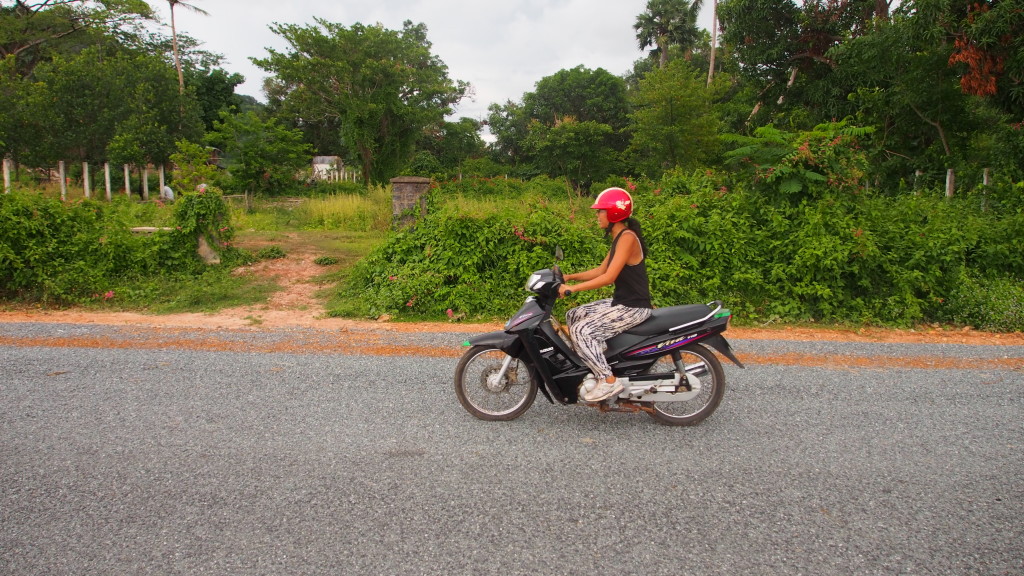 For a while now we have reluctantly hired automatic motorbikes and struggled up hills with them. With the off road conditions of Vietnam looming, we knew it was time to learn how to ride a proper motorbike – both of us.

Michael at Bacoma Guesthouse was a very nice Swiss guy, so I approached him about it and he said that it is easy to learn. He offered me his bike for a trial ride down the drive way. I knew in theory how and he also explained it to me again. The ride down the driveway was no problem and I felt comfortable enough to hire a semi-auto now.

On the first day I rode it with Emma on the back. Some gear shifts were a little rough still and breaking was slow, but after a while I got the hang of it. I can now say that I love to ride motorbikes and want to learn to ride more powerful bikes and also manual bikes. It feels a lot better and safer riding the semi-auto compared to the automatic. It is also a hell of a lot more fun.

The next day we decided to get one for Emma as well and we would ride through Kep in a convoy of two. Emma did try the day before and also got the hang of it quite quickly, so she felt comfortable enough. Also, there is no traffic in Kep and we never went faster than 40km/h. Emma did very well and we even rode on some dirt roads with no trouble. Eventually, of course, my dear Emma needed to pee. We are in Cambodia and public toilets don’t exist, so finding a throne for my dear was not easy. Eventually the bladder got the better of her and before I knew it, we stopped at a random person’s house where Emma was using desperate motions and body language to convey her needs. After a hilarious 5 minutes, they finally understood and she was able to relieve herself. Crisis averted.

On the way back it started to rain very heavily and we got washed in. Riding in these conditions feels like someone is hammering tiny nails into your face while taking away all your visibility and traction. Emma pushed through and we tuckered home and arrived wet, safe and sound and in one piece. She did curse that she would never ride again, but I don’t think she meant it. 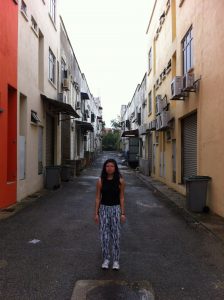 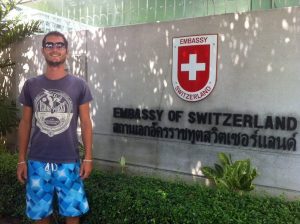 Things We Do In Bangkok