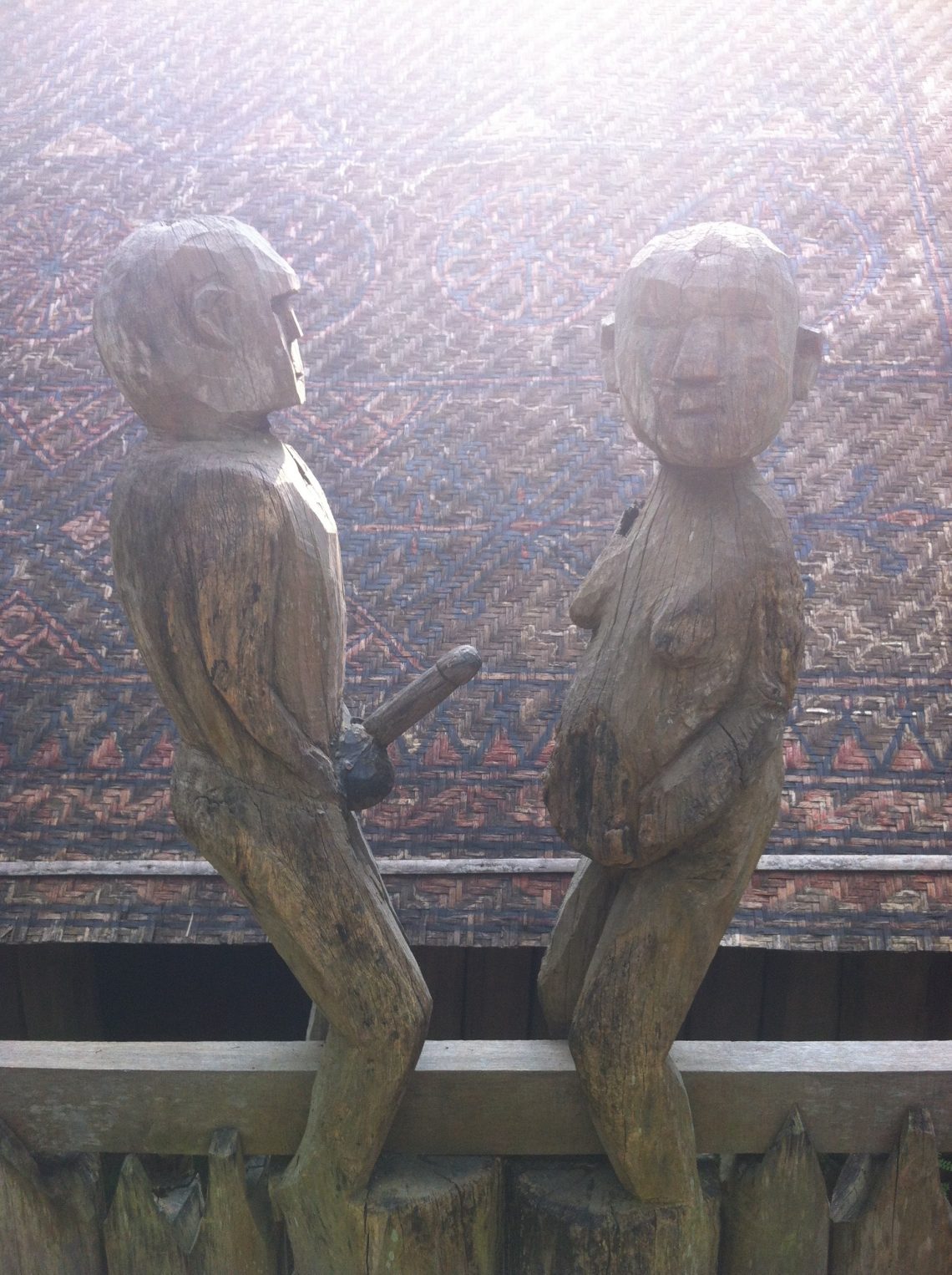 Hanoi is a fascinating city and we chose to take a break from ‘backpacking’ to spend nearly a month in this place. (Though mainly because I needed to get my stitches out and fix my teeth from my bad motorbike accident in Danang!) We met expats, went on walking tours with uni kids, and visited some interesting museums. Below is our what to do in Hanoi blog post in case you need inspiration or want to know what else to do in this bustling city!

Hanoi in Vietnam is a pretty cool place. I actually prefer it to Ho Chi Minh City (or Saigon). The Old Quarter in the centre of Hanoi is a mix of Chinese and French influences. Filled with narrow streets roughly arranged by trades like silk, shoes, baskets, hardware tools etc. We did a mixture of touristy things, mixed with things that the local youth (as we like to imagine we are) would do as well. Enjoy!

Vietnam is known for its coffee production. It was first introduced by the French and is now a major source of income for the country. The coffee is generally a drip filter and best served with ice and sweetened condensed milk. Much more refreshing than a can of cola, and you’ll see a coffee shop on every corner. 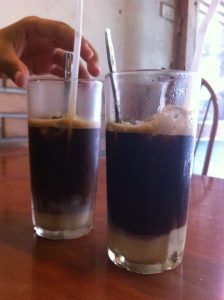 We ate so much good food in Vietnam. I would consider it fresher and lighter than food from neighbouring countries. This was one of our favourites; some fluffy fried tofu with sticky noodles and spicy sauce. 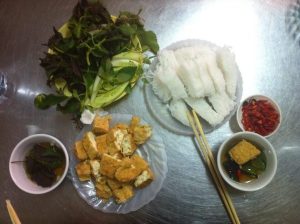 We drank some more coffee. This was such a nice daily ritual. Get up, find a coffee shop, drink an iced coffee, and watch the madness go by. 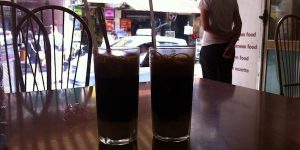 After traveling for a few months, we were itching to go to the cinema. We are media students after all! So we watched a movie at Vincom Megastar Cineplex. It wasn’t Monsters Inc. 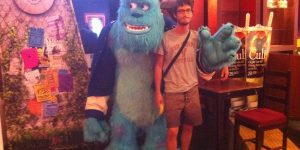 Then we watched another movie. It’s a nice luxury to have when backpacking! 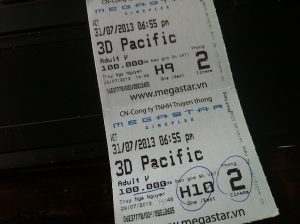 We drank some more coffee. This time with complimentary sunflower seeds. 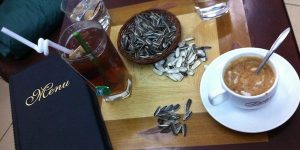 We also found a brewery. Nice to have some European beer after all that Saigon beer! 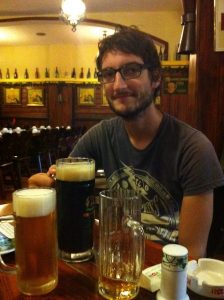 We ended up randomly going to a pottery farm. The couple we were traveling with knew a local family from a friend back in Berlin, so the local Vietnamese family took us on a day trip. We made a little clay turtle! 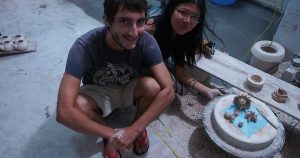 Finally, got some history in, and went to the Women’s Museum. This is always interesting, and you realise just how hard women work in different countries.

Also took some time to check out the Ethnology Museum. Super fascinating and not just because of the penises. 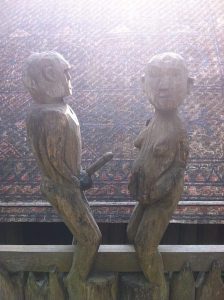 Also checked out Ho Chi Minh’s Body in the Ho Chi Minh Museum which is located in Hanoi, and not Ho Chi Minh City. He’s the founding father of modern Vietnam, and highly revered. His body is in the mausoleum, and you shuffle past with hundreds of other people.

Got some junk food in too. At the local fast food joint called Lotteria. Sometimes you just crave that stuff!

Lionel became a celebrity. Can you spot Lionel and our friend Nick amongst the locals? We loved going for a night walk around the lake in Hanoi. It’s a great place to see watch the locals; old women doing some dancing aerobics, men playing chess, kids rollerblading etc. We got stopped at this point for a photo (or more specifically, Lionel and Nick got stopped for a photo with a large group of Vietnamese. I’m not sure why they weren’t interested in me. Haha). 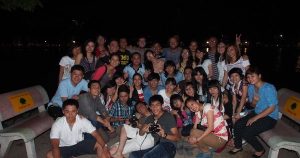 We drank some more coffee. This time it had raw egg whites in it. Almost like a meringue. 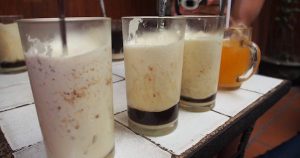 Went to the Fine Arts Museum. 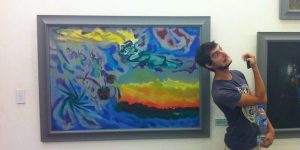 Went to the dentist. This was the main reason for hanging around Hanoi for so long. I had to get a root canal since my tooth died from that motorbike accident in Danang. This dentist practice didn’t speak much English, so I was a bit terrified of them drilling into my tooth. Dead or not dead. 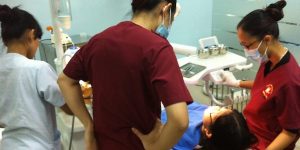 So we went to another dentist. This dentist was an Australian expat who had just recently moved to Hanoi. She invited us to go and watch her boyfriend perform at an expat bar that weekend. It was interesting to chat with expats, and see how their lives were in such a foreign country. Definitely got us thinking….

I also ended up getting my stitches out. Yep, from that same motorbiking accident in Danang. 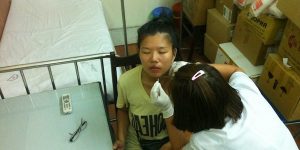 Ate some noodle soup – better than pho. This was hands-down one of the best soups I’ve ever had. So good that I visited it nearly daily for lunch. And yet, they still kept charging me different prices depending on how they felt! Argh. Frustrating, but so delicious that I couldn’t resist. Tangy, and I wish I knew the name of it. 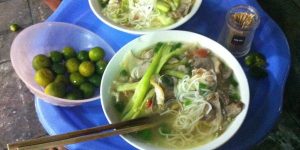 We also tried eating some silkworms – surprisingly good. Similar to a peanut. When in Rome…. 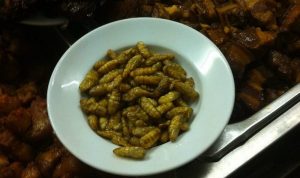 Went on a free walking tour with the HanoiKids. This is an awesome initiative that was set up by some university students. They offer free tours around Hanoi, and in return, they get to practice their English on us. It’s a win-win situation, and I think every city around the world should run a program like this. They told us about their day to day lives, family structure at home, what they learn at school etc. Things that you can’t learn from a guidebook. We chose the food and drink tour, so they showed us some cool local cafes frequently by uni students, and very tiny local noodle soup places. All in all, definitely one of the highlights from all of our travels!! 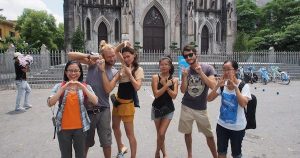 On one of the evenings in Hanoi, the four of us decided to do the most touristy thing in Hanoi and check out the Water Puppet show. This was hilarious, and Lionel couldn’t stop laughing. Especially at the one puppeteer whose puppet was extremely enthusiastic. Basically, it’s humans operating puppets that splash around in the water. They do several shows an evening and shepherd tourists in through very efficiently. Water puppet shows are quite traditional in the old villages as a form of entertainment! 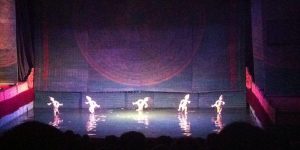 Got caught in the rain. A lot. It was definitely monsoony. 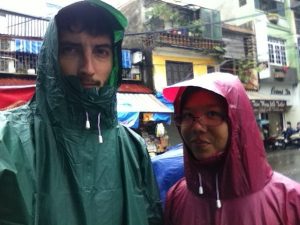 Loved walking through the market and watching the locals do their thing. 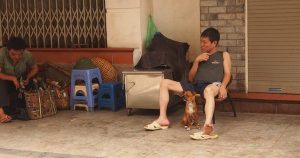 We also fit in time for beer and relaxing. We have heard our next destination of Sapa will be beautiful but very exhausting!

Hopefully, you’ve enjoyed our what to do in Hanoi blog post! I know it might seem we didn’t do too much other than drink coffee, watching movies, and eat burgers. But sometimes you do need to take a small break from the constant traveling. Prior to our break in Hanoi, we were always on the move, every few days packing up and riding into the next town. This was a great break. Hanoi was an awesome little stopover, and we highly recommend it! 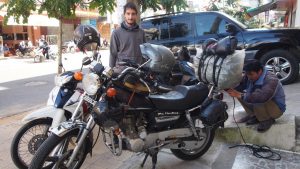 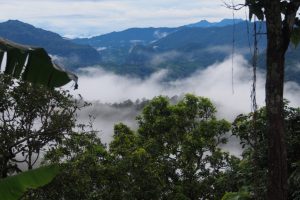