We have the same green backpack.

There’s a street in Melbourne, Little Bourke St, where you can find a bunch of travel, adventury stores.  Very handy having them in the one area rather than running around the city or the suburbs.

We tried Kathmandu, and thought we had found our backpacks (after several days of “checking it out” online – which basically means refreshing the page, studying the features and ah-ing over how pretty or cool the colour is, then refreshing again just to see if any new features magically appeared), but realised the bags were too big, and not what we wanted.  Same with Snowgum, Paddy Pallin etc.

Then we headed into the Macpac store, down an alleyway.  Disclaimer here – Emma did not want another Macpac.  She had loved her 65L Orient Express MacPac that she used on her three month Europe Extravaganza a few years ago, but didn’t think, didn’t know she needed another Macpac.  But she pulled Lionel into the store, saying ‘Oh, did you know my last backpack was a Macpac?’ as Lionel pulled a face that said he did know, and he had heard it about 200 times in the last four years.  Anyway, they went in, and that’s where Emma saw it.  The green backpack.  The coolest thing in the world.  Then Lionel saw it, and he saw the coolest thing in the world too.  So they both wanted the Macpac backpack, the Tuatara-25L.

So they um-ed, and ah-ed and decided to sleep on the big packpack decision.  Then they decided to wait a week, then Emma snuck to the city during her lunch break, just to ‘check it out’ again.  Then that weekend rolled around, and both decided it would be super lame to have the same backpack, so Lionel decided to get the black version, to which the salesman shook his head and said ‘black stands out’ then Emma decided to get the orange version to which the salesman again shook his head and said ‘orange stands out,’ then they decided, no one will get the green version, let’s just get a different bag, and anyway, won’t the 25L be too small? Then they slept on the decision again, then the next day, a sunny Sunday, both went into the store, picked up the two green bags and each one took it in turns taking it to the counter, bluffing, then returning, then taking it back to the counter, hoping the other one would be bluffing too and finally give in that they of course, did not want to be that super lame couple with the matching backpacks.

What’s in the Two Green Backpacks? 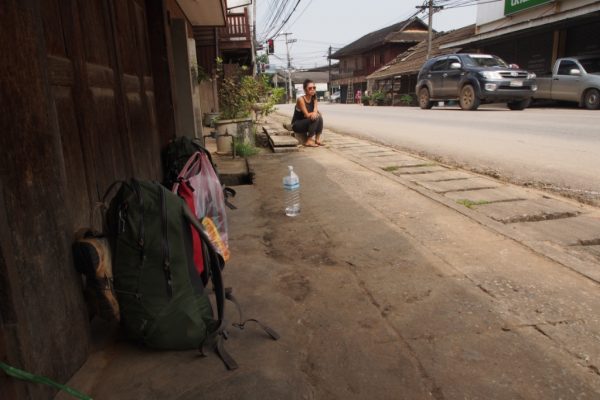